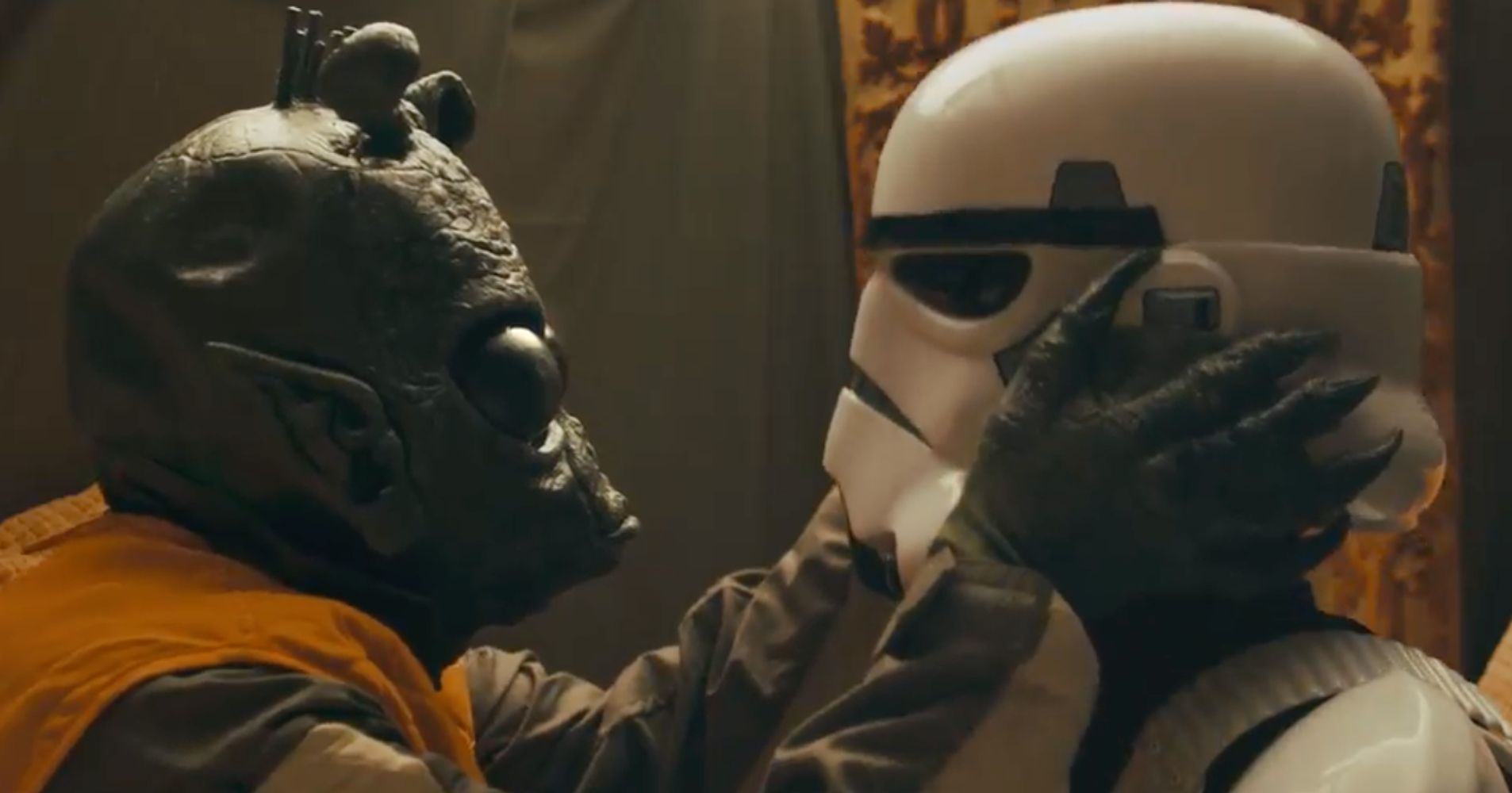 With the success of “Rogue One” in 2016, and the Han Solo film “Solo” coming in 2018, “Star Wars” fans are getting some non-episodic looks at the galaxy far, far away.

Funny Or Die has taken its own dip into the tangential “Star Wars” universe with the heartwarming story of Ian, a stormtrooper who’s lost a part of himself. But when Ian meets a charming Rodian named Teedo, he not only finds new meaning in his life, but Teedo steals the plans to the battle station of his heart.

Watch the trailer above, and may the force be with you.