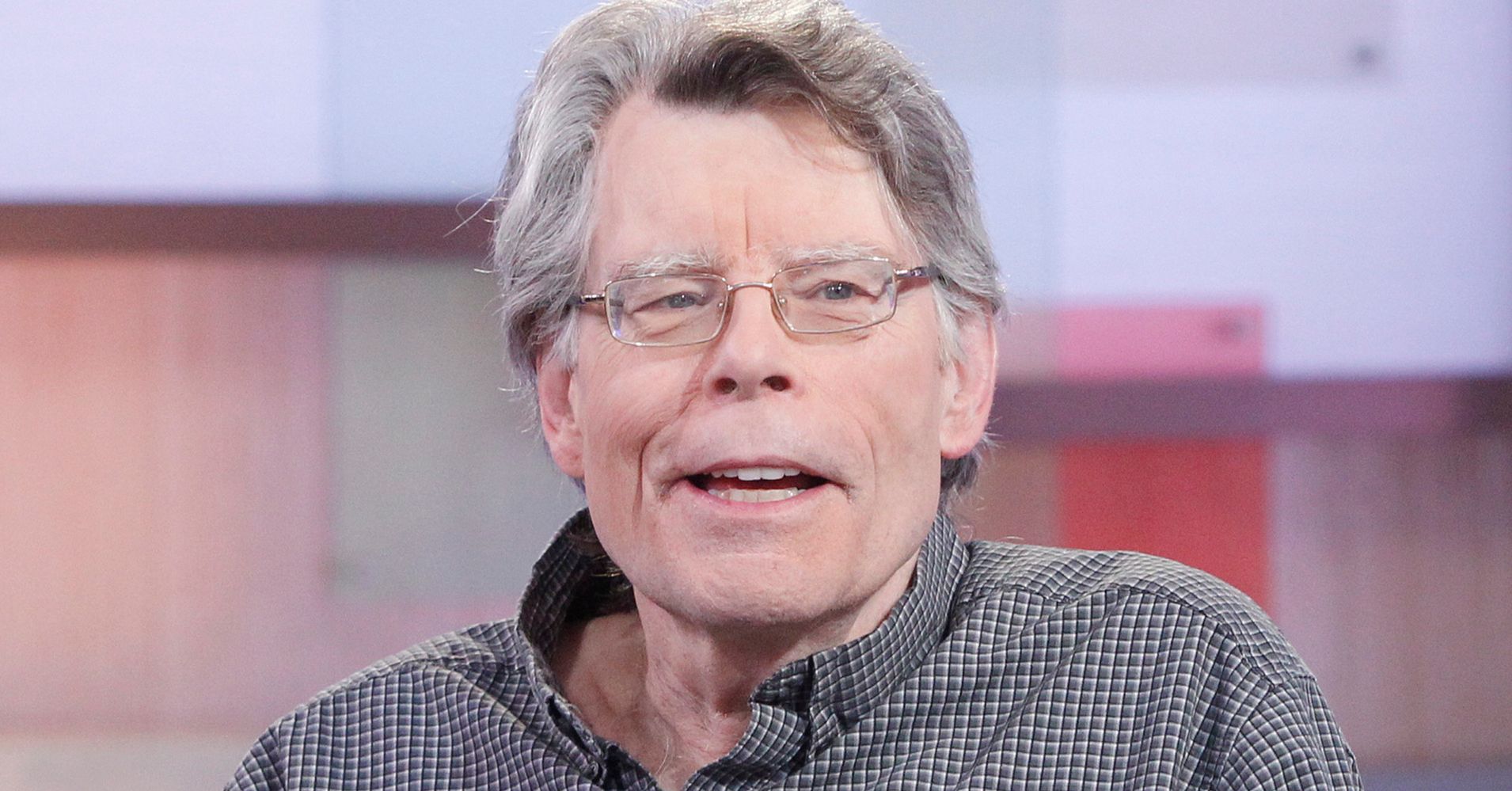 Even the master of horror needs a laugh every now and then.

Author Stephen King took to Twitter on Wednesday to tell his fans he was feeling down and wanted to hear a joke:

Having kind of a blue day, Twitter, so tell me a joke. I’ll re-tweet the first one that makes me laugh.

The 7,000+ responses could’ve filled the pages of one of King’s books, but at first he didn’t get the laugh he was looking for:

Heisenberg & Schroedinger get pulled over for speeding.

The cop says “do you know how fast you were going?”

Heisenberg says “no but I know where I am.”

Cop says “did you know there’s a dead cat in your trunk?”

Schroedinger says, “I do now, asshole.”

Sorry, but I only chuckled. Faintly.

It took more than an hour, but eventually, King got his laugh.

Here’s the crack that tickled his funny bone:

How do you make a duck sing? Put it in the sun ’till it’s Bill Withers

Okay, winner winner chicken dinner. I didn’t get it. Then I did. Then…ROFL https://t.co/Q5xDk7SE5H

Of course, once you start laughing, it can be hard to stop.

“Now I’m laughing at all of them,” King wrote, sharing these:

Sorry you’re having a blue day, Stephen. Here’s a joke your fellow American author Tom Barbash told me. It’s only a little risqué…

The chicken and the egg were enjoying a post-coital cigarette. “Well”, said the egg, “I guess we settled that question.”

Two peanuts were walking down a long dark alley. One was a salted.

Having a rough day/year? Here are some of the other responses:

Coupla cannibals are eating a clown. One turns to the other & sez ‘does he taste funny to you?’ https://t.co/SVKYArYL4y

I walked into my room and tripped on my own bra. It was a booby trap.

Two pilots landing a plane, overshoot the runway, crash through the barrier, end up in a field. One pilot turns to the other “that was a short runway”. “Yeah” says the other, ” was really wide though.”

What did the Buddhist say to the hot dog vendor?

Make me one with everything.

So the vendor makes him one with everything. Buddhist hands him a 20. Vendor puts it in the till and closes it.

Buddhist says, “What about my change?”

Vendor says, “Change comes from within.”

A grasshopper walks into a bar. The bartender says, “I can’t believe you’re here — we have a drink named after you!”

The grasshopper says, “Really? You have a drink named Keith?”

I’m way late to this party but, my favorite knock-knock joke:

The Higgs Boson walks into a church.

The priest says “we don’t allow Higgs Bosons in here”

The Higgs Boson says “but without me how can you have mass?”