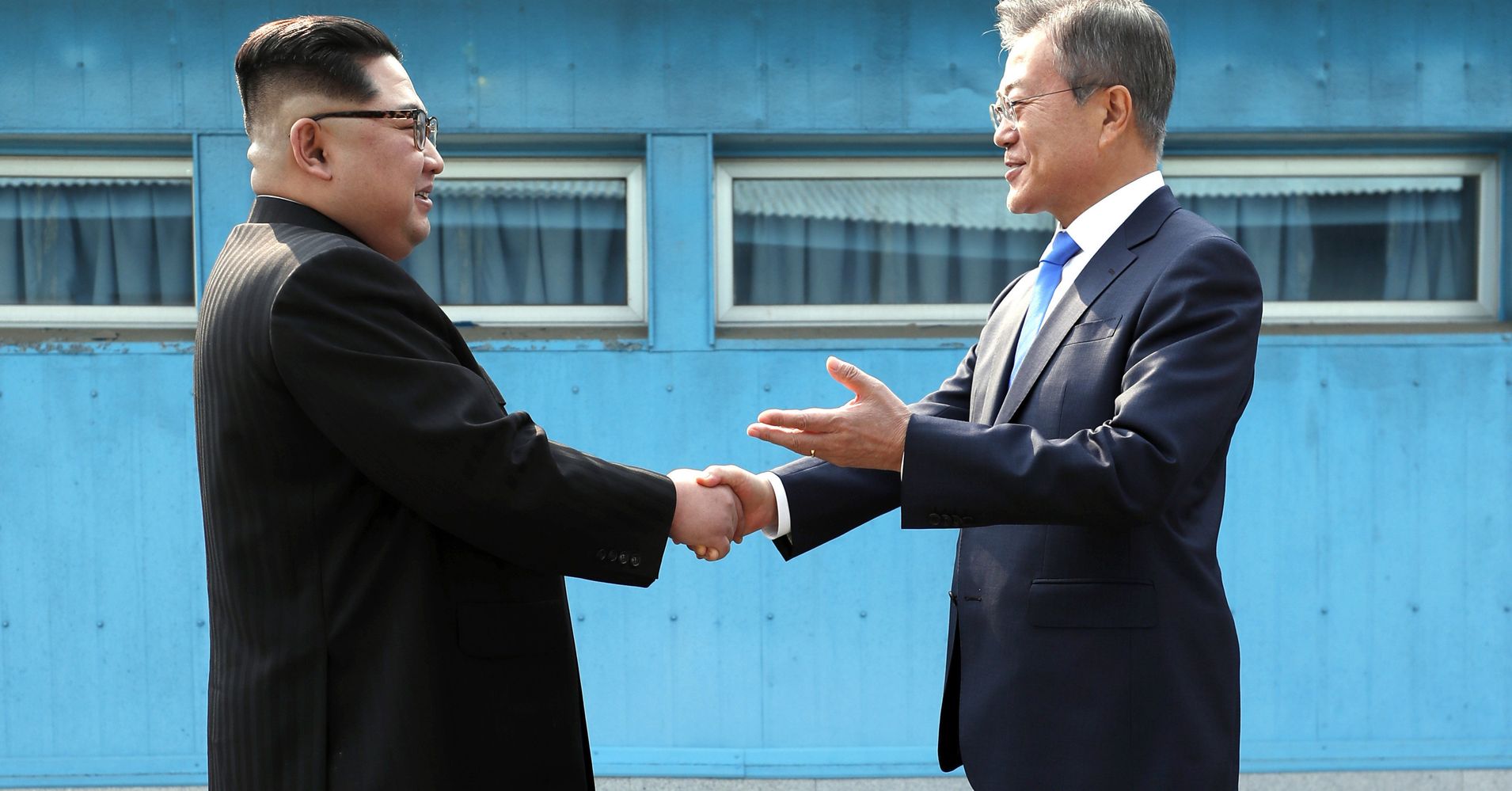 No sooner had the two leaders pledged to end the Korean War and denuclearize the Korean Peninsula than folks on Reddit’s “Photoshop Battles” thread were reimagining pictures from the encounter in all kinds of amusing ways. And of course, U.S. President Donald Trump makes the occasional appearance in the reworked versions.