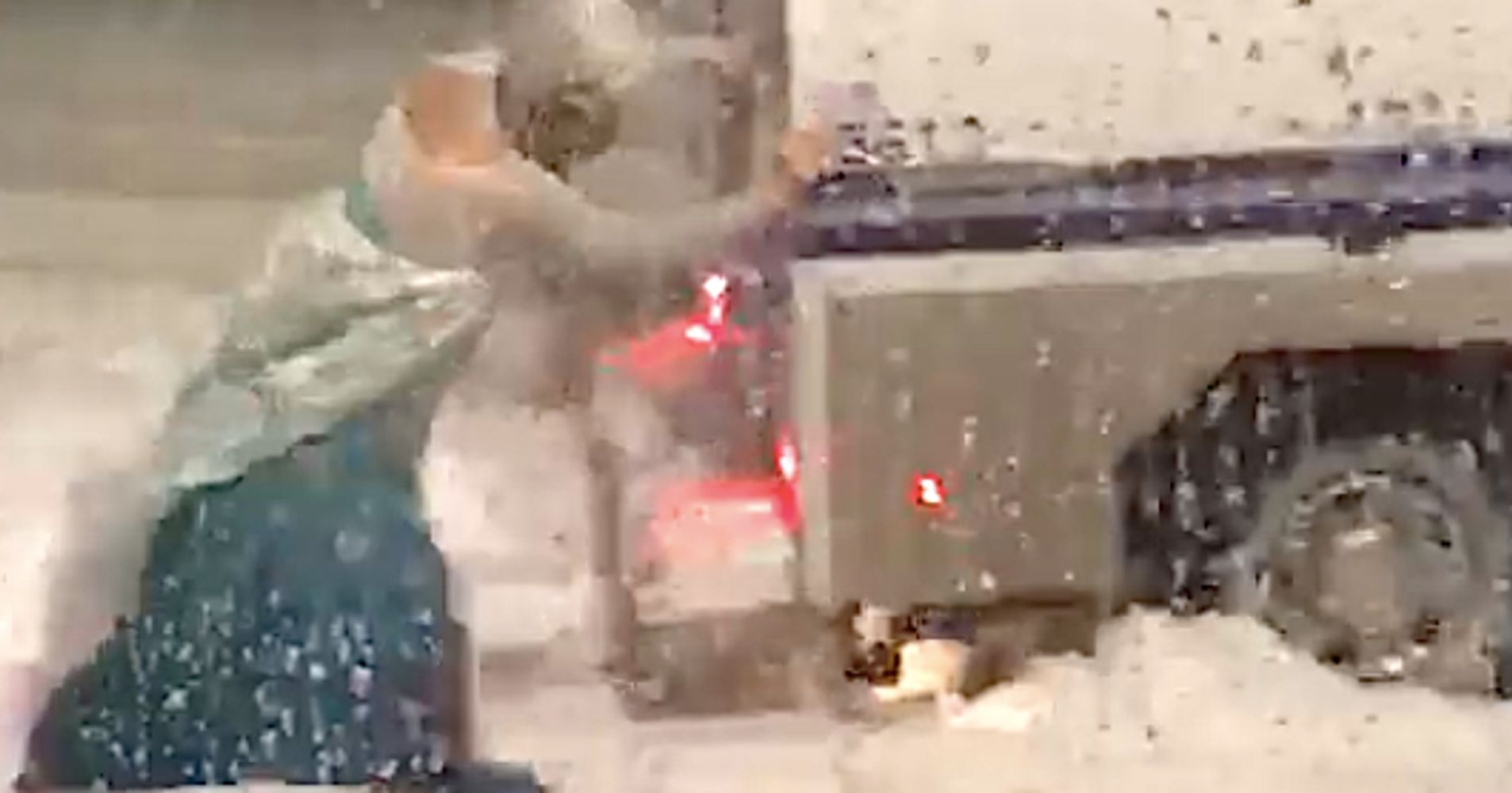 The 37-year-old attorney was dressed as Elsa from “Frozen” at a Boston bar Tuesday night when he saw a department wagon stuck in a snowbank.

So what’s a pretend Disney heroine to do? He went outside in the storm to push the cop vehicle out all on his own, earning viral celebrity and cheers from patrons at the South End’s Gallows pub, People reported.

The Boston Globe reported that Triplett purchased the getup last winter and put it on Tuesday to entertain his friends.

The video, shot by customer Christopher B. Haynes, has accrued more than a million views on Facebook, but Triplett believes his fame will be fleeting.

“Everyone will be over it by noon,” he told People. “But if this is my 15 minutes, I would like to leverage it to meet Adam Rippon.”