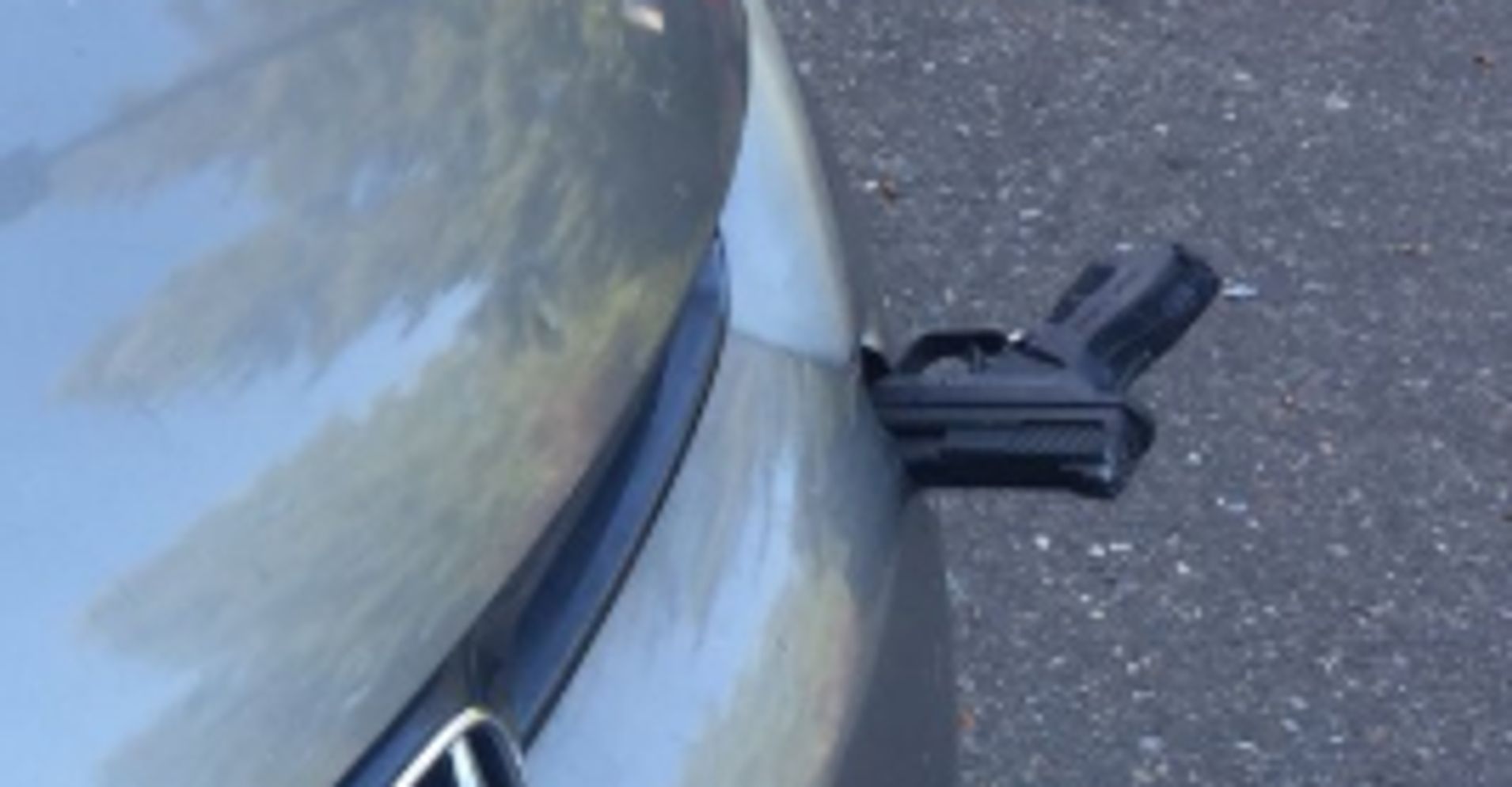 This brings new meaning to the term “gunning your engine.”

A driver on Interstate 5 in Washington state’s South Puget Sound area discovered something shocking when he stopped for gas: a handgun lodged barrel-first in the front bumper.

The driver was heading down the freeway when a black object came flying through the air and hit his Honda, according to a tweet from state trooper Guy Gill, a spokesman for that district.

There didn’t seem to be serious damage, so the driver thought nothing of it and drove another 18 miles before stopping for gas, Gill said.

Well…this is a first 🤷🏻‍♂️! Driver saw a small “black object” in the air while driving on I-5 and it struck the front of his car. He drove about 18 miles, stopped for gas, and found this. We recovered it and turned it over to @LakewoodPD. pic.twitter.com/Oo3KlbW362

Troopers handed the gun over to the Lakewood, Washington, police department.

No injuries were reported, and local station KING TV said it was unknown whether the gun was thrown, dropped from an overpass, or kicked up by a passing vehicle.