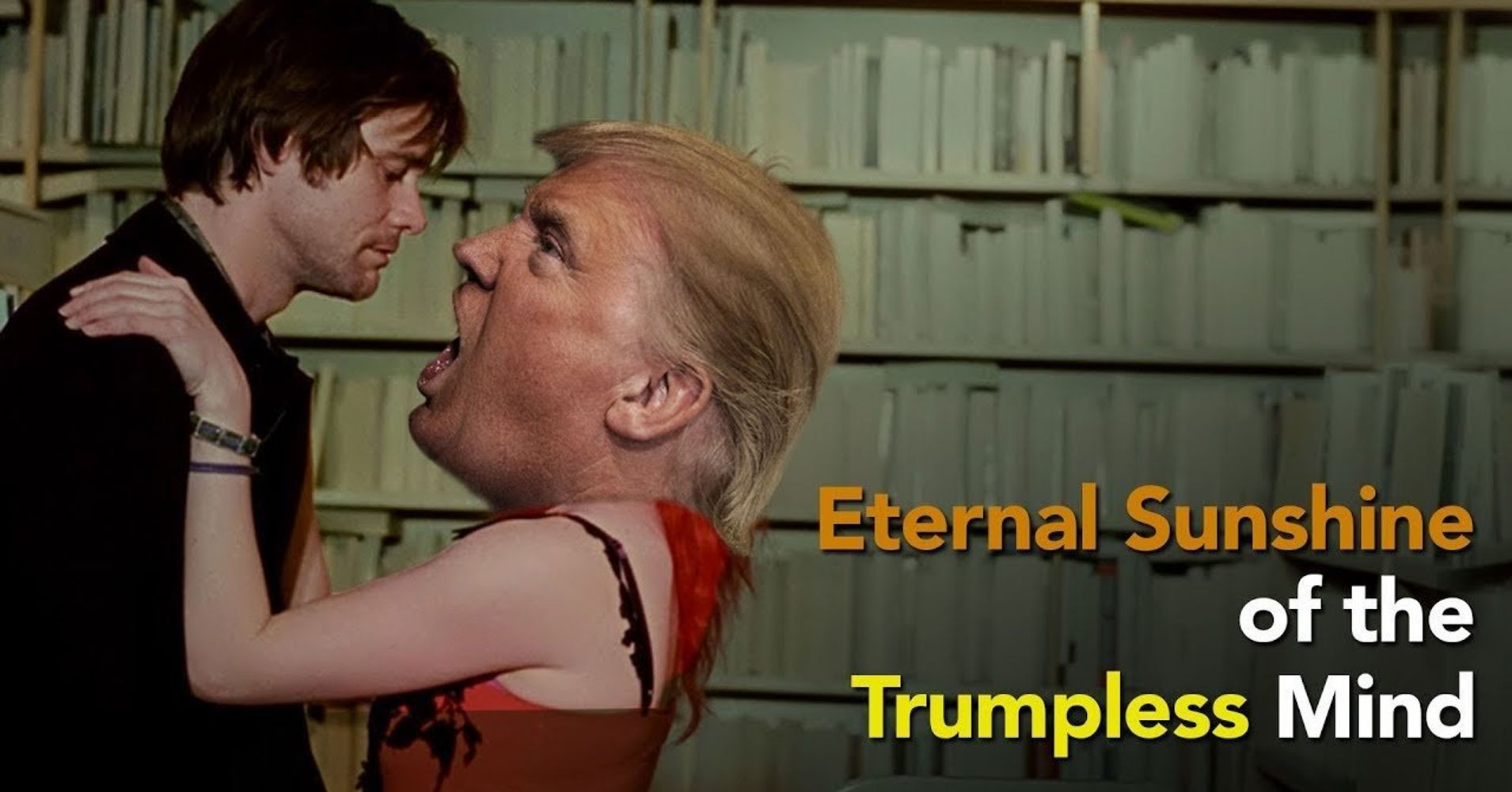 Let’s put the development of futuristic side projects ― flying cars, teleportation, a universal cure for hiccups ― on hold for a second.

Those all sound wonderful, but we have a more immediate issue on our hands. Our president is taking up valuable space in our brains.

In the 2004 film “Eternal Sunshine of the Spotless Mind,” Jim Carrey’s character uses a new technology to completely wipe his ex, played by Kate Winslet, from his memory.

Donald Trump is not yet an ex-president, but some of us might like to wipe current memories of him all the same.

Until that tech is available, though, we’ll just have to settle for this funny “Eternal Sunshine” parody created by Funny or Die.