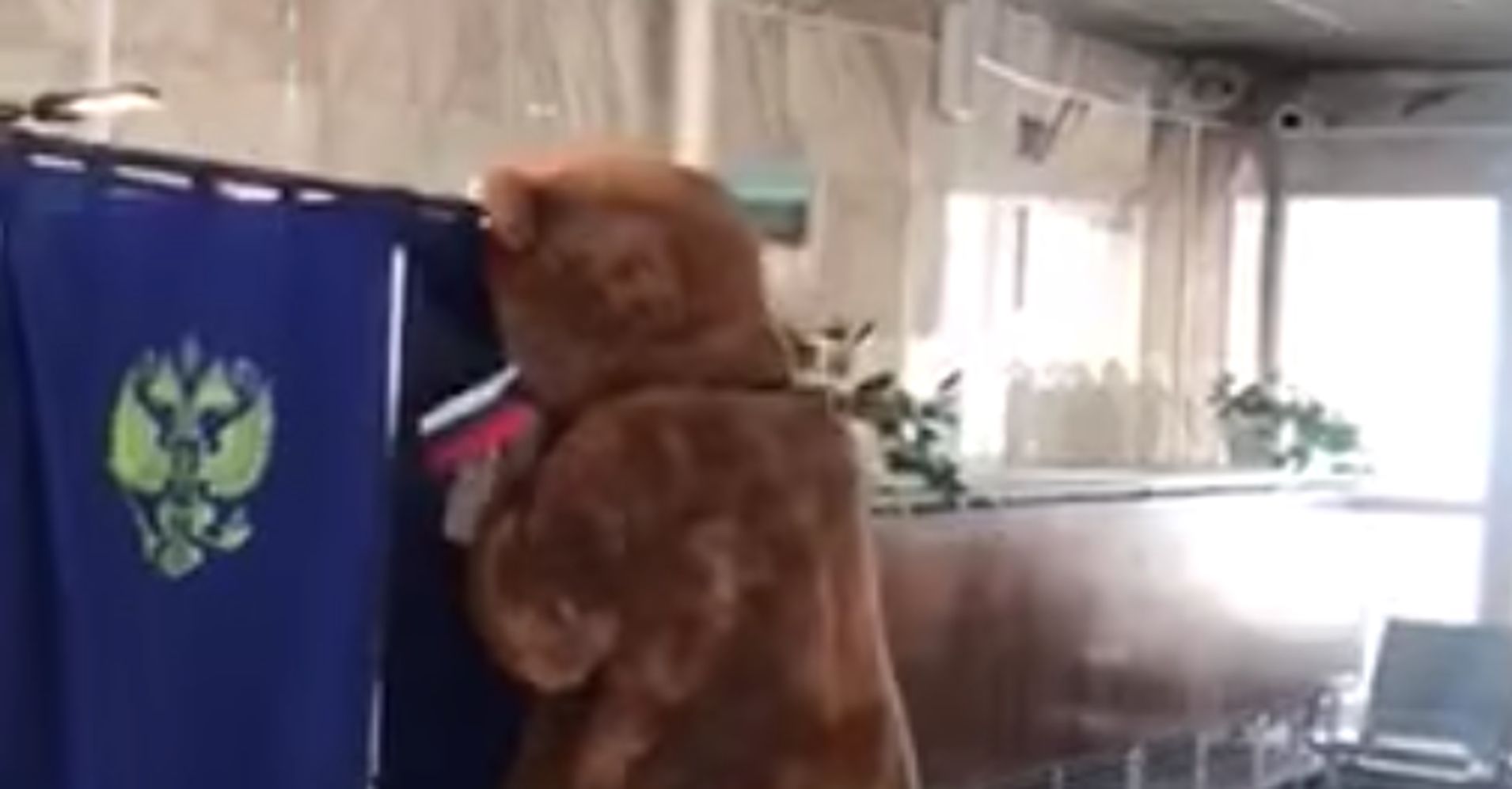 Apparently, bears are allowed to vote in Russia ― or at least people in bear costumes.

During Sunday’s national election, a voter in the Siberian town of Severobaykalsk ― more than 3,400 miles east of Moscow ― decided to show he was bullish on Russia by dressing up as a bear.

Russian government-controlled Sputnik News reported that the unnamed voter scared a few people with his loud roar, but that most people seemed amused.

However, there were some challenges. For one, the bear could barely fit into the voting booth, the video below shows.

Russian President Vladimir Putin won election to a fourth term by a landslide, but exit polls don’t list the breakdown of people who voted in costume.