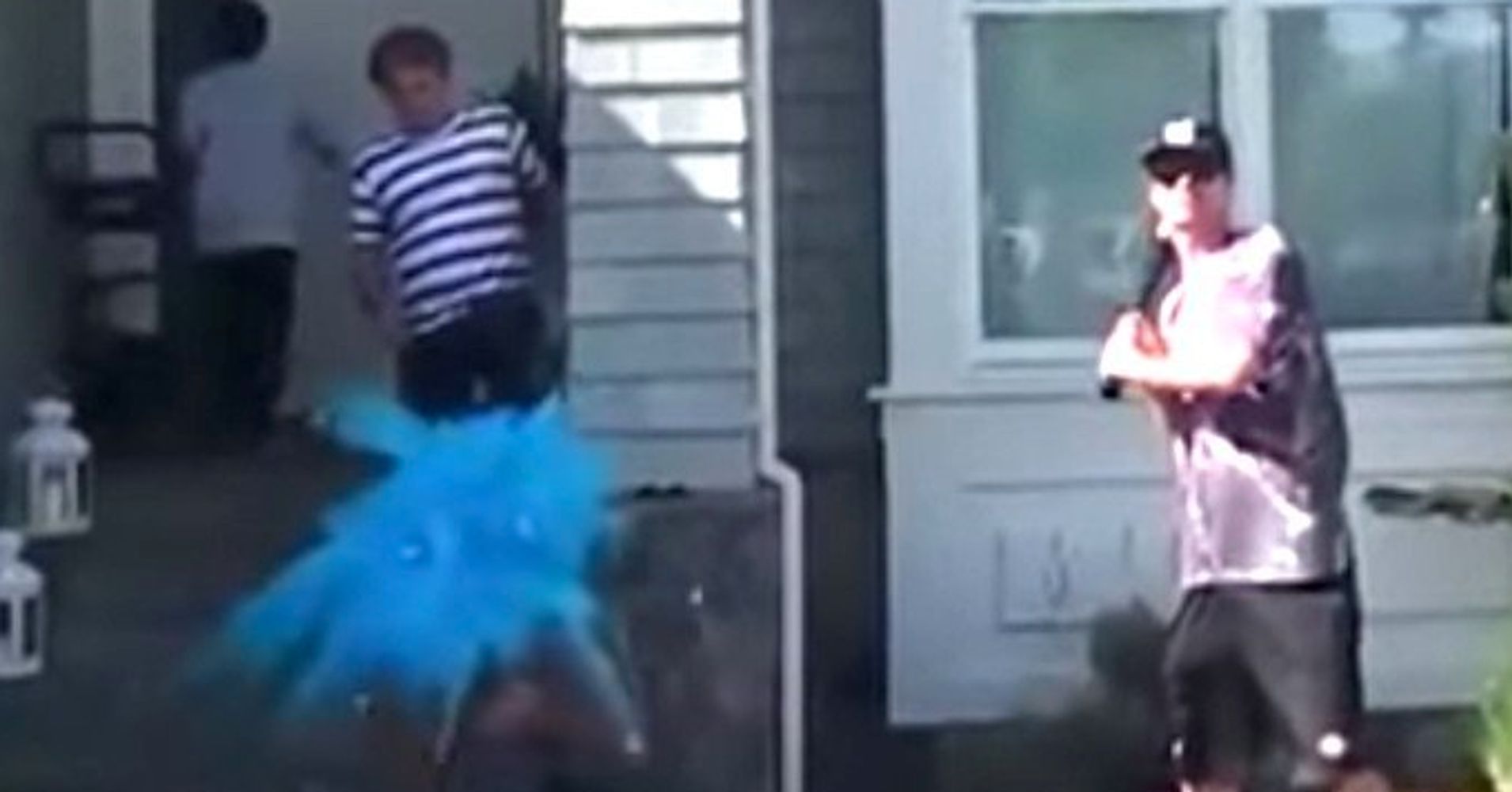 Talk about a foul ball.

A baseball-themed gender reveal party in California went off-base on Saturday when mom’s pitch sailed past dad ― who didn’t swing ― and hit the grandpa-to-be right in the face, where it erupted in a cloud of blue smoke.

“We wanted to do something a little special to tell everyone at the same time,” expectant mother Brittany McCauley told People. “We didn’t know the gender ourselves, so it was a surprise for everyone.”

It was special all right:

Dad-to-be Max McCauley was supposed to hit the pitch, which would erupt in a cloud of blue or pink to “reveal” the gender of the baby.

Instead of exploding off the bat, like an Aaron Judge moonshot, it burst on Scott McCauley’s face like an exploding cigar in an old cartoon.

He seems to be just fine, only a little blue about the experience:

“Biggest fail,” Brittany wrote on Instagram. “But we’re having a BOY!!”

Let’s hope this kid has more coordination than his parents.

Here’s the moment of reveal one last time, up close, and painful: