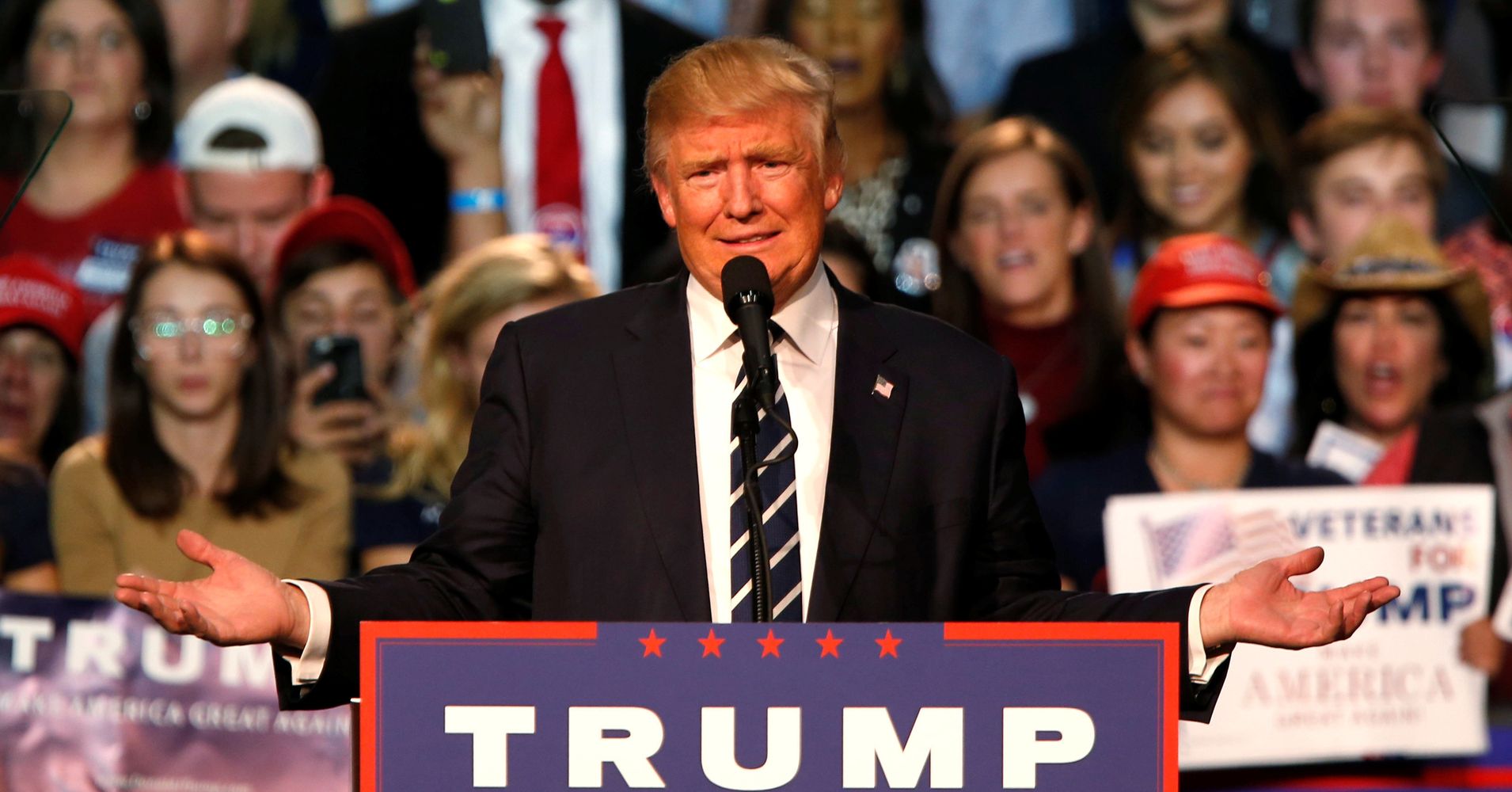 It was a throwaway line, offered in a stream-of-consciousness riff about the state of the auto industry. Donald Trump, during a speech on Sunday, claimed that five years ago he was “honored” as “Man of the Year in Michigan.”

We have no clue what he’s talking about.

That doesn’t mean it didn’t happen. But there is no apparent record of it happening, and the folks who might know aren’t talking.

The Huffington Post looked through various search engines and newspaper archives and found nothing. We checked with The Washington Post’s David Fahrenthold, who has scrubbed Trump’s bio down to the bone in his reporting. He said he knew of no such honor. We reached out to the office of Michigan Gov. Rick Snyder (R). Nothing. We asked the Trump campaign. They didn’t respond.

The Detroit News does have a list of “Michiganians of the Year.” But Trump isn’t on it.

We checked with the Michigan Chamber of Commerce. A person there said they don’t have a “man of the year” award. We also looked through Trump’s Twitter archive. He never tweeted about winning a Michigan Man of the Year award ― and it seems like the kind of thing he’d mention.

Back in September 2008, the Home News Tribune in New Jersey did have a report involving Trump’s golf course in Bedminster. The Tribune’s story noted that the United Services Organization “chose Trump as its 2002 Man of the Year.”

But this doesn’t sound even remotely like what Trump was talking about in Sterling Heights, Michigan, on Sunday. For starters, 2002 was way more than five years ago. Also, the USO award has nothing to do with the auto industry.

The conservative site World Net Daily called Trump its 2015 Man of the Year. And Time magazine named him a runner-up for its prize that year. Again, though, these have nothing to do with Michigan or the automotive industry. They definitely weren’t five years ago.

Trump did speak at the Oakland County GOP Lincoln Day dinner in 2013 and claimed to have drawn a record audience. This happened in Michigan. But it was not an award, and it happened three years ago, not five.

And in 2012, the Republican Party of Sarasota County did name Trump its “statesman of the year.” That was four years ago, not five (although in fairness, 2016 feels like it’s lasted at least two years, so we could understand the confusion). The problem is, Sarasota is in Florida, not Michigan.

In short, we’re stumped. It’s possible that we’re missing something, that Trump really did receive some kind of award five years ago as Man of the Year in Michigan. But it’s also possible that Trump just made up the entire thing. He does, after all, have a history of making up awards he’s won.

And if that’s the case, it’s pretty wild. Because on Sunday, Trump described in detail the speech he supposedly gave after winning “man of the year” in Michigan.

“During my speech all I talked about is what Mexico and these other countries are doing to us and especially what they are doing to Michigan,” he said. “And I was criticized.”

Editor’s note: Donald Trump regularly
incites
political violence and is a serial liar, rampant xenophobe,
racist, misogynist and birther who has
repeatedly pledged to ban all Muslims — 1.6 billion members of an entire religion — from
entering the U.S.