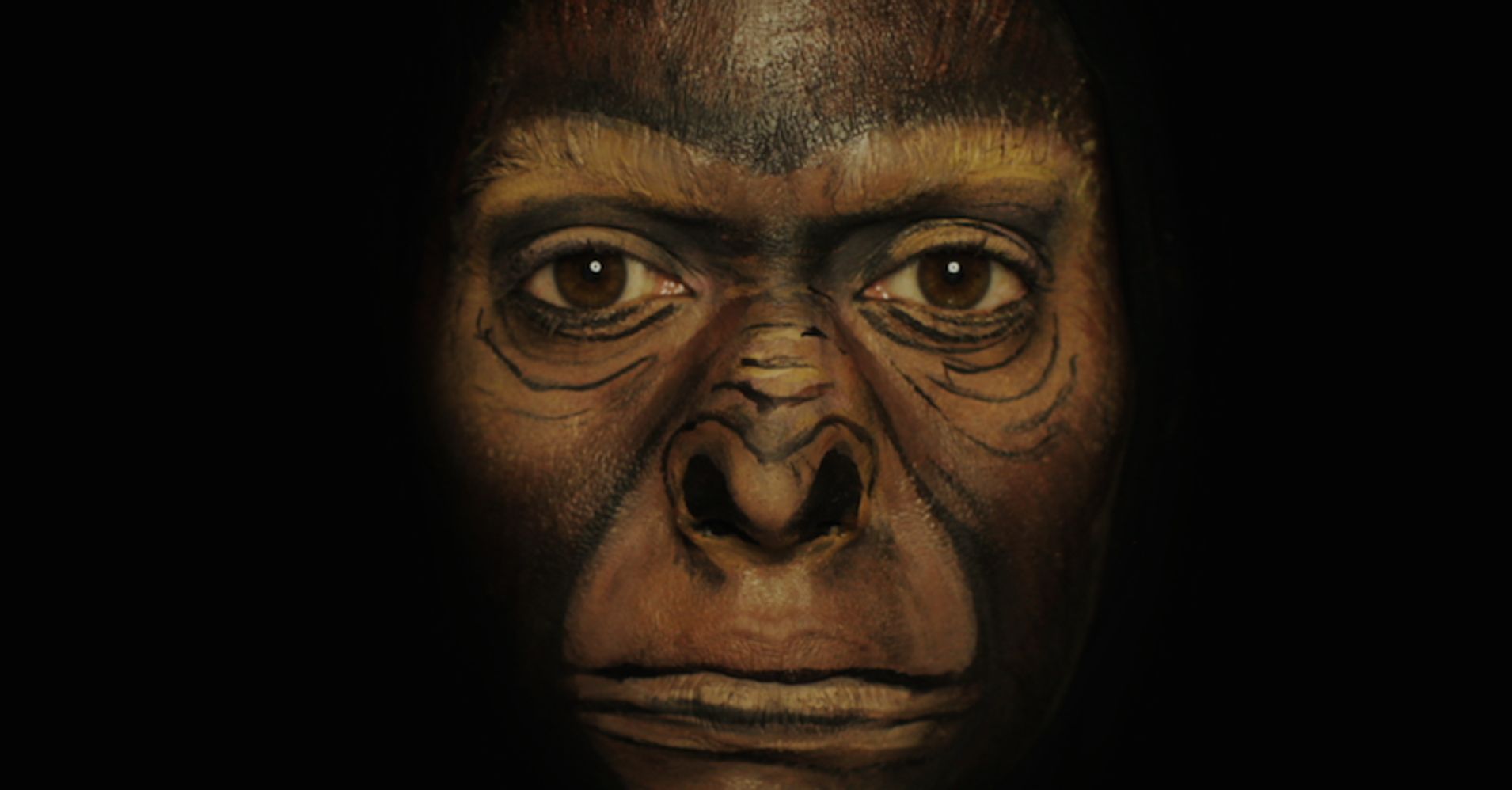 A London artist has managed to convey the entire history of life on our planet in less than two minutes ― and she only needed to paint her face 1,250 times.

Emma Allen has made a name for herself through an innovative combination of face painting and stop-motion animation. Her latest work, “Santiago,” illustrates how humans evolved and predicts how technology may change us in the future.

Each shot in Allen’s 86-second video required her to paint her own face ― a process that took up to an hour at a time for every single frame.

The video is meant to show how a journey that starts with a single-celled organism could end with human consciousness existing in a single digital super-cell, Allen stated in a press release.

The film was inspired by a Reddit user named Justin Santiago, who saw one of Allen’s earlier works, “Ruby,” which depicted her aging and then being reborn.

Santiago commented that the piece reminded him of human evolution.

Allen is used to getting attention for her face painting. In 2014, a self portrait showing her painted as the World Cup trophy went viral.